A coalition of conservative groups, many with close ties to the Koch brothers, are calling for Environmental Protection Agency (EPA) Administrator Scott Pruitt to strip California of its right to set stricter greenhouse gas limits for personal vehicles.

Not satisfied with Pruitt’s decision to rewrite the Obama-era emissions standards — which had been written cooperatively with the automakers, state of California, National Highway Traffic Safety Administration (NHTSA), and EPA — the American Consumer Institute (ACI) organized a letter to Pruitt calling “for the revocation of California’s waiver from the Clean Air Act, which allows the state to decouple from federal policy and impose strict emission standards on automobiles.” END_OF_DOCUMENT_TOKEN_TO_BE_REPLACED 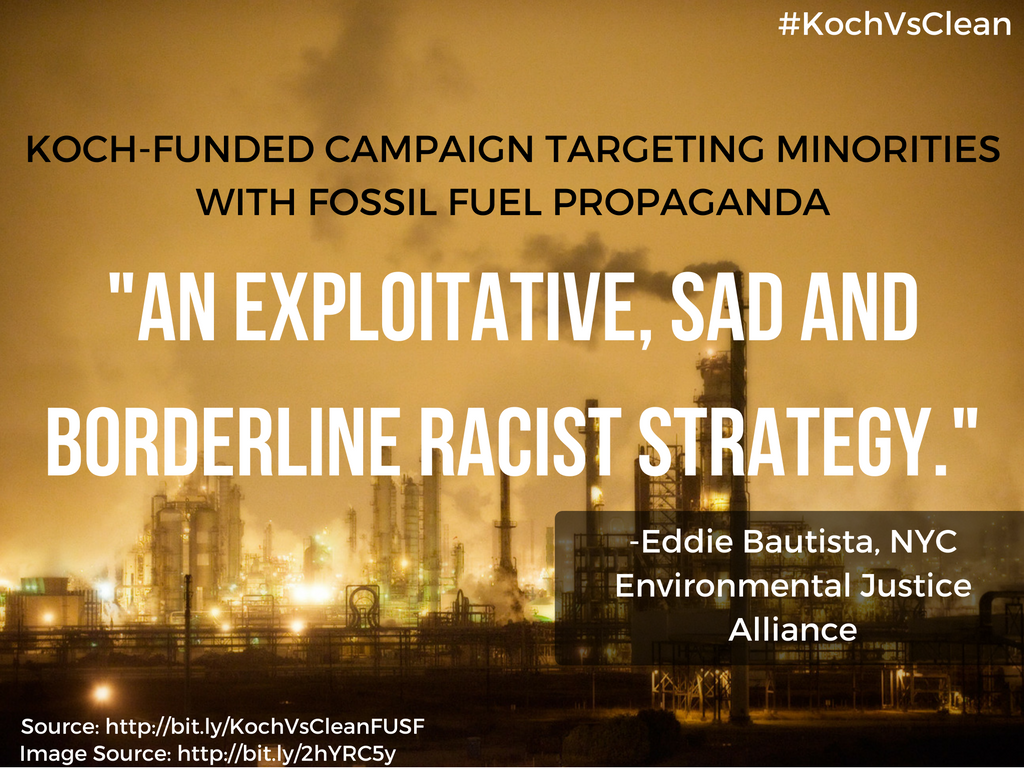 Back in August at the Red State Gathering in Denver, Fueling U.S. Forward President Charles Drevna revealed that one of the campaign’s major strategies would involve targeting minority communities. A remarkable article just published by The New York Times reveals how the group is enacting this strategy, hosting and supporting events in minority communities while promoting the “importance of domestic oil and natural gas to making people’s lives better,” as Drevna put it.