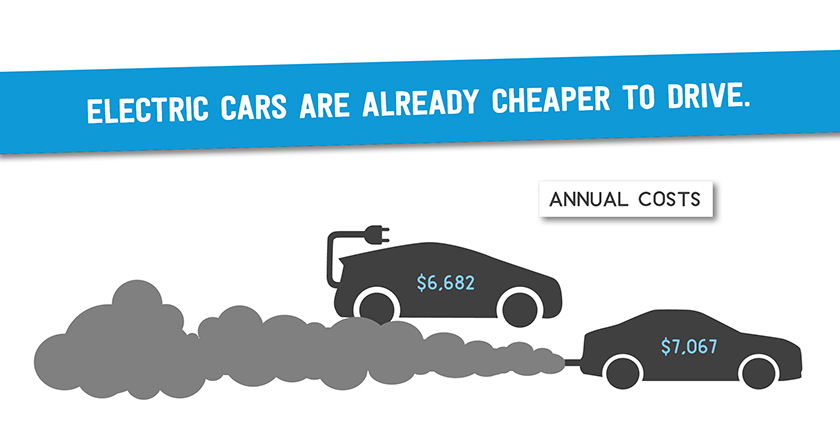 Fact: Electric cars are cheaper to own and operate than comparable gas-powered cars.

Explanation: While EVs tend to have higher upfront costs to purchase, that premium is more than offset by savings on fuel and maintenance. A study published in the journal Applied Energy in 2018 compared the total cost of ownership (TCO) of conventional gas-powered vehicles, hybrid, plug-in hybrid, and all electric vehicles in Texas, California, the United Kingdom, and Japan.

Using model year 2015 vehicles of comparable classes, over a project 5-year span, the all electric vehicles were the cheapest to own and operate in all regions.

Fuel costs represent the largest operating costs of driving a vehicle, and the relative savings of switching from gasoline to electricity are considerable. Even when comparing gas prices in the low $2 range and above average electricity rates, the cost per mile for fueling an EV is considerably cheaper than fueling a gas-powered vehicle, according to analysis by the Idaho National Laboratory.