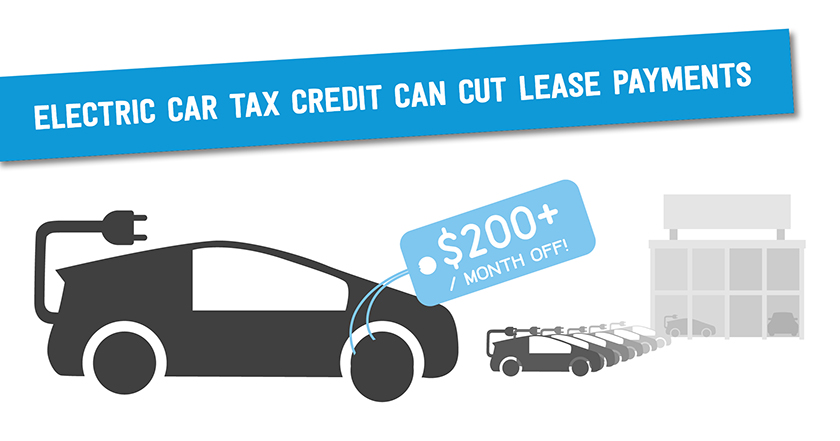 Explanation: The federal electric car tax credit (or EV tax credit) can be used by buyers or electric cars, or alternatively, can be used by the car dealer to lower the base price for a lease. This effectively lowers monthly lease payments into ranges that are comparable—or even lower than—comparable gas-powered vehicles.

Unfortunately, by cherry picking data and ignoring leases entirely, EV antagonists try to portray the EV tax credit as a handout only to wealthy carbuyers. This is a favorite argument of the Koch network and oil industry, and was featured prominently in a Koch Industries’ full page advertorial in The Hill: “Or the tax credits (up to $7,500) the government offers to consumers who purchase hybrid and electric vehicles. Such credits may seem enticing to the general public, but the reality is that 90 percent of the beneficiaries come from the top income bracket.”

This is deceptive and inaccurate framing that has been widely used in anti-EV arguments. To support the point, some cite a study by the Congressional Research Service  (though most make the claim without any reference), which describes how in 2016, 57,066 individual taxpayers claimed $375 million in plug-in vehicle tax credits. Of these 57,066, 78% have an adjusted gross income of $100,000 or more.

Others cite older data from 2014 IRS filings that was promoted in a recent Pacific Research Institute study.

Both references ignore the significant role leases play in the EV market. Through 2017, the vast majority of EVs were leased—a full 80% of non-Tesla EVs and still well more than half of all EVs including Tesla, according to Bloomberg New Energy Finance. In 2016, while 57,066 individuals claimed the EV tax credit, 158,614 plug-in vehicles were newly registered, meaning that more than 100,000 (nearly two-thirds) were leased. After a dealer claims the $7,500 tax credit, it is applied as a rebate at the point of sale and reduces the monthly lease payments, making EVs more affordable.