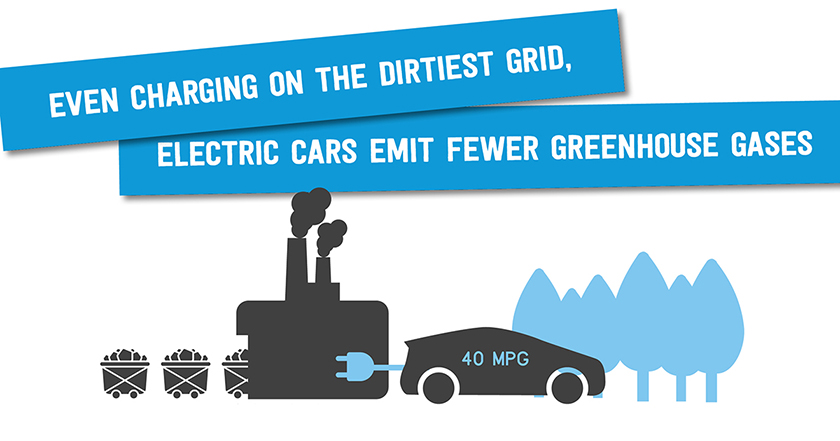 Fact: Electric cars are better for the climate, no matter how they are charged

Myth: EVs are charged on fossil fuels, so there’s no climate benefit.

Conclusive research by Bloomberg New Energy Finance (BNEF) found that in 2018, carbon dioxide emissions from battery-powered vehicles were about 40 percent lower than for internal combustion engines last year. Even in regions with electric grids most reliant on coal, such as China, EVs were responsible for fewer greenhouse gas emissions.

Furthermore, according to the Union of Concerned Scientists, who conducted a landmark “well-to-wheel” life cycle analysis of electric vehicles, EVs are always more climate-friendly, even while factoring in manufacturing, operation, and disposal.

A 2018 well-to-wheel analysis by Wood Mackenzie confirmed the UCS research, finding that typical a mid-size EV will generate up to 67% lower greenhouse gas (GHG) emissions than a gasoline internal combustion engine. Even with existing electricity generation mix in developing economies such as China and India, “an EV will displace up to half the GHG emissions of an ICE gasoline car.”

It’s true that the emissions from charging an EV will vary considerably depending on where you plug in. But as this UCS map shows, charging an EV off of the dirtiest grids in the country (in and around Colorado and Kansas) yield global warming pollution equivalent to driving a 35 mile-per-gallon gasoline-powered car. 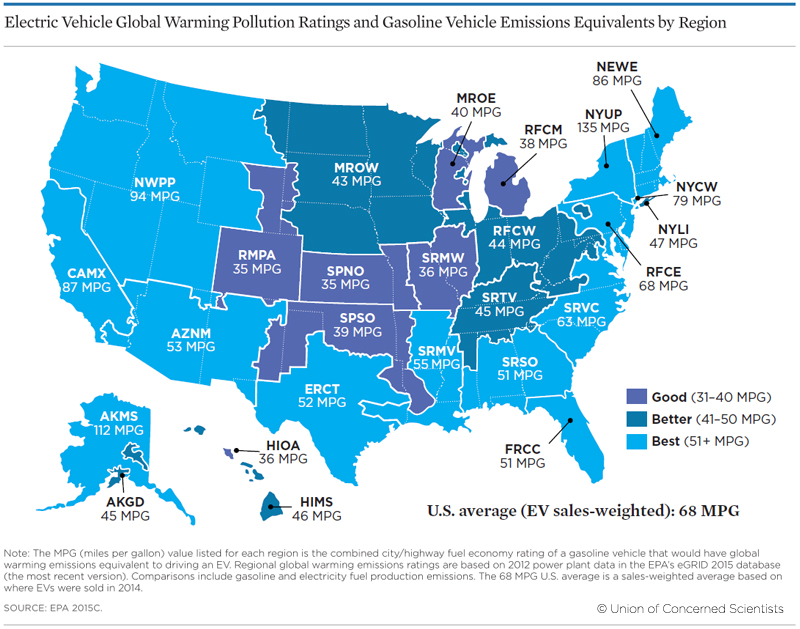 In California, where over 40% of the nation’s EVs have been sold, driving an EV produces emissions equal to a gasoline car that achieves 87 mpg.